The Black Moon Lilith in Capricorn: 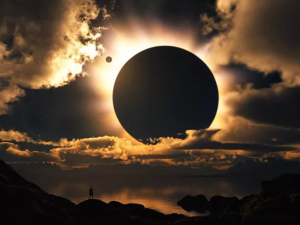 The Black Moon Lilith enters Capricorn today, November 9, and will remain here until August 6, 2018. Who is the Black Moon, also known as Lilith? In myth she is the 1st wife of Adam who refused to be submissive to him, because she regarded herself as an equal. She fled into the desert to maintain her integrity. She chose exile over suppression, loneliness over compliance, loss of security, status etc over compromise. She had to go through a spiritual crisis to gain access to her own spirituality.  For sure, she also holds resentment and anger for the unjust treatment that she received. When triggered by transits or progressions, Lilith may react with rebellion, mistrust and revenge. Wherever she lives in our chart, we need to dig deep, face the shadow and deal with feelings of rage based on earlier life experiences of hurt and alienation.

Lilith dominant people are creative, ambitous & break taboos. They often are the outsiders of a society, or the outsiders of  institutionalised structures and systems. This is particularly true, when Lilith transits through Capricorn, the sign ruling governments, societal roles, values and power structures. Over the next 9 months, themes will gain importance that have to do with social justice, institutionalised advantages and disadvantages of certain societal groups, and entrenched power structures that indorse inequalities. The Black Moon confronts us with our shadow themes, in our personal as well as collective lives. She demands that old structures shall be broken to let in new light and life. How objective are we really when we make important value judgements? What kind of role does our socio-cultural conditioning play in our day-to-day dealings with the world around us? When and against whom do we discriminate because of unconsciously held prejudices?  Are there the same chances for everybody? Are there gender specific preconceived ideas about role distribution and positions of power?

The Black Moon Lilith and Saturn have been travelling together through the late degrees of Sagittarius since August/September. During October Lilith was conjunct the Galactic Centre, the heart of our galaxy. The GC is located in late Sagittarius, the sign signifying the archetypal seeker of truth and guardian of the moral high ground.  When the GC is activated by transit, material can be suddenly released that has far reaching consequences.  On October 6, the first allegations of sexual harrasement by Hollywood film mogul Harvey Weinstein were made public. Since then a large number of women had the courage to come forward to give evidence. A dark shadow has fallen over Hollywood and its film industry since it has been revealed that young female newcomers, “seeking to break into the world of glamour and glitz, are often forced to offer sexual favours in return for roles. …And it continues to exist because the laws regarding sexual harassment in the workplace have never applied here….The film industry has always been a male dominated field…Everyday sexism has become normalised over the years. In the early days, women accepted every kind of discrimination and harassment, meekly and without question. They were just awed that they were included in this special world. But times have changed. Today, women enter this field not because they were pushed into it by their parents or because they were reluctantly allowed in. They are there because they want to be there. They are professionals who worked hard to get where they are and they resent the old patronising attitudes. They know how to speak up and stand up for themselves.” 1. The Weinstein scandal is a great example how Lilith can trigger rebellion by crossing and exposing taboo areas, especially also in relation to gender related equality issues.

Now, with Lilith in Capricorn, we can expect that entrenched collective and personal behavioural patterns will be activated and questioned. Lilith will challenge authorities and patriarchal control mechanisms. She will try to break rules and regulations that endorse injustice to encourage newer and more just developments. Saturn in Capricorn (December 20, 2017 – Dec 2020) will either help to consolidate or suppress this process. As already mentioned Lilith stands for outsiders, minorities, creative & progressive people while Saturn symbolises also our fear of change and holding onto the status quo. We could experience an inner restlessness in the area that Lilith transits in our charts. We might be able to use her energy for daring new ways of self-expression and creativity. In Capricorn, she needs to take responsibility for her choices and acknowledge her need for achievement as well as societal acceptance. After all, the Black Moon Lilith has a tendency to go to extremes when triggered, and then she easily can make herself a victim of social stigmatising. Her true message is about constructive rebellion, letting go of false roles and living authentically. Then she can connect us with our core being and our real strength.