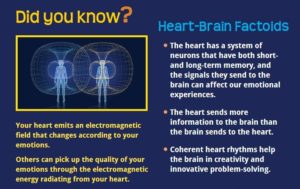 The nodal points mark the position where the Moon’s monthly path crosses the Sun’s annual path (ecliptic) around the Earth. Every month the Moon crosses the ecliptic twice, once travelling north (at the North Node) and once travelling south (South Node). The Lunar Nodes are not planets but are two abstract points that mark the meeting of Sun, Moon and Earth and determine the eclipses.  For an eclipse to happen, we must have a Full or New Moon and the transiting Moon has to conjoin one of the Nodes.

The Nodes are likewise called the Dragon’s Head and the Dragon’s Tail. Eclipses were feared by the Ancients as indicators of catastrophes and markers of turning points. In Vedic astrology the Nodes are known as Rahu, the North Node, and Ketu the South Node.  The fact that eclipses occur when the Sun and the Moon are at one of these points gave rise to the myth of the swallowing of the Sun and the Moon by the demon snake

Western astrology regards the Lunar Nodes as relating to the manifestation of spirit on Earth and the soul’s evolutionary journey. In the natal horoscope, the South Node represents the soul’s experiences through past incarnations as well as its unfinished business that needs to find resolution and integration at the still unfamiliar territory of the North Node.

The South Node is a point where we find a lot of our accumulated knowledge which must be transferred to the North Node for the purpose of developing our future potential.

South and North need to work together for our soul’s growth to occur. Hard aspects to the South Node can indicate energy blockages caused by past trauma that need to be cleared and healed. They can become a source of mental and physical illness; hence the negative meaning associated with the South Node, which however, can also become a powerful healing point in the natal chart.

The transits of the Lunar Nodes hint towards our collective karma. The shift of the Nodes from the Virgo/Pisces axis (2 Nov 2015 – 9 May 2017) to Leo/Aquarius (9 May 2017– 7 Nov 2018) signify the beginning of another chapter in the unfoldment of our collective evolutionary journey. The 18-month transit of the Nodes on the Virgo/Pisces axis brought us in close contact with the immensity of human suffering, a period where millions of people have been displaced and experiencing the loss of their roots, becoming victims of economic and political schemes (South Node Pisces). The North Node in Virgo has been symbolising our collective karmic contract of the path ahead and futuristic potential. In Virgo, it had to do with our desire and willingness to move towards integration through healing all divisions. Astrology teaches that the energy of the South Node is reinforced if the potential of the North Node is not realised or facilitated. With other words, our collective suffering has increased or decreased according to our ability to be of service, stay grounded in the here-and-now and develop our healing potential by honouring the connection of body and soul, the innate wisdom of matter and the sacredness of Mother Earth. Archetypal Virgo teaches that the material world is not in opposition to the divine (Pisces) but an intricate part of it. As consciousness expands, we increasingly recognise the divine in everything, including ourselves!

With the Lunar Nodes shifting onto the Leo/Aquarius axis, themes and issues will be in focus that have to do with the relationship of heart vs mind, self vs the collective, and the scientific discovery of our interdependence with all life. Our collective learning for the following 18 months will be to ‘think with your heart and feel with your mind’. I mentioned before that the South Node is also a point where we find a lot of our accumulated knowledge which must be transferred to the North Node for developing our future potential.

In this sense, the Aquarius South Node represents all our scientific achievements and the human desire for progress and a better future.

In myth, Prometheus stole the fire (consciousness) from the gods (unconscious) to bring it to humanity, teaching humans to be intelligent and develop the sciences and the arts. Aquarius is innovative –  and in alignment with Leo – it can create something out of nothing. Aquarius has two rulers, the rebel planet Uranus as well as Saturn, the planet associated with structures, systems & discipline.  Uranus is the planetary law breaker; Saturn reminds of the rules that must be followed. The task of Aquarius lies in developing one’s own individuality beyond cultural and social restrictions & conventions, as well as dealing with feelings of alienation, of not fitting in, or being rejected by the collective. Remember, Prometheus was punished for his bold act! Another issue is the suppression of ordinary human emotions and being dominated by an ideology, or what someone – or a group of people –  believes to be an ‘ultimate truth,’ which then is used to justify shocking actions.

Leo lies at the North pole of the transiting Nodal axis.  The Leo North Node points the way to healing the wounds of the Aquarius South Node through discovering our personal truth and moving into the multidimensionality of our heart.

“The wisdom of the heart is really…the connection to your authentic power, to that source of realness and genuineness that you have inside where we can experience the heart of humanity and to help co-create an era of ever-expanding heart connection and intelligence”. Howard Martin from HearthMath

Leo reminds us of our innate creativity, the importance of play and creative self-expression, which can become an inspiration to others. The negative Leo is self-absorbed and attention seeking. However, an integrated Leo/Aquarius axis creates warm friendships and is able of inspired reforms based on the intelligence of the heart.